­­­APM Terminals is working closely with the government of Egypt on the final pieces of the jigsaw that will ensure the success of Egypt Vision 2030 for Port Said East Port and thereby also Suez Canal Container Terminal (SCCT), once again becoming one of the most competitive ports in the South and East Mediterranean region.

As part of Vision 2030, the Egyptian Government has made massive investments in infrastructure. On 5th May, 2019 President of Egypt Mr. Abdel Fattah Al-Sisi inaugurated the Ismailia tunnel, which is aimed at easing the flow of traffic and cargo from and to the Sinai Peninsula. This tunnel significantly improves connectivity between SCCT and key industrial zones in Greater Cairo. A second tunnel at Port Said is scheduled to open this summer.

The Ismailia tunnel, crossing the Suez Canal is the largest of its kind and has the capacity of handling 2,000 vehicles per hour per direction. The entry to the tunnel, in each direction, has 10 scanner facility to scan the entering vehicle and trailers with a capacity of scanning 250 vehicles per hour. 6 of these 10 lanes will be completely dedicated to trucks and trailers.

A six-lane highway now links SCCT’s location on the Sinai Peninsula, with key metropolitan areas in the western part of the country.

The tunnel is expected to ramp up to full operation mode in a short period of time. This should facilitate daily truck turn-around time from Greater Cairo to SCCT in comparison to current 2 – 3 days, significantly reducing cost for the end customer.

“It is the first time we have seen this quality of roads and tunnels in this part of the world. Together with improved security around the port it’s truly an achievement of the highest international standard for Egypt,” says Christensen.

This new development will make SCCT the primary Gateway for cargo in and out of Egypt. 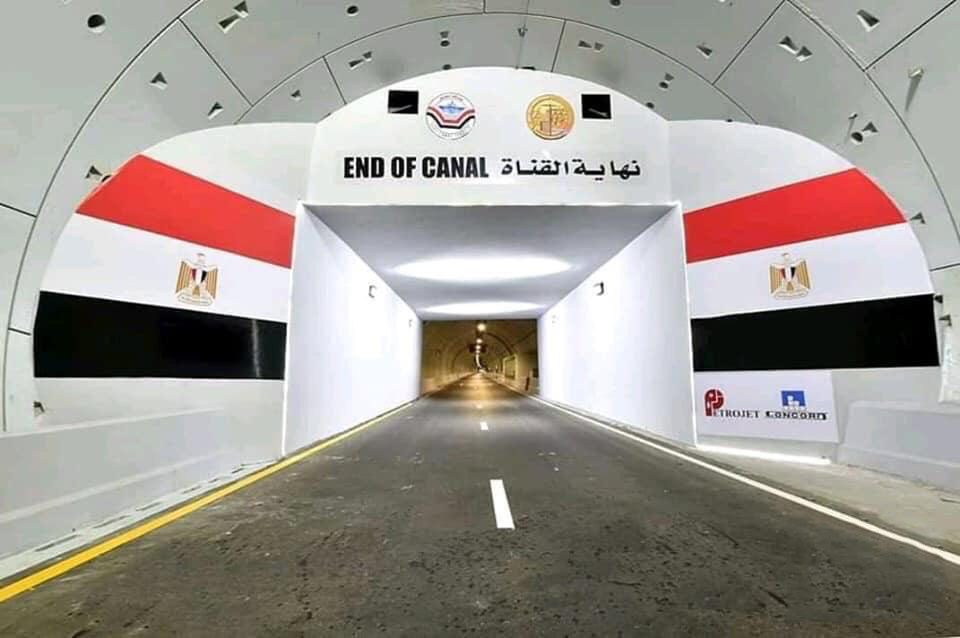 Most efficient port in the region

“This one of the final pieces of the jigsaw for ensuring we become the primary gateway to the region,” he explains. “We have an outstanding location, with no deviation for the main routes on the trade lanes between Asia and Europe. Our employees are doing an outstanding job. We are regarded as the most efficient port in the region with extremely high productivity, and a safety record among the very best.”

About 95% of SCCT’s traffic is currently made up of trans shipment volumes. Located at the northern entrance of the Suez Canal, SCCT is the best trans shipment hub for ships moving from South East Asia to the Mediterranean and Europe, as well as serving feeder lines in the Mediterranean and the Egyptian market. The terminal’s strategic location provides lower bunker cost for Shipping Lines calling SCCT, compared to others in the region.

Port tariffs were relaxed in November 2018, but SCCT’s CEO, Lars Christensen, is currently working closely with the Egyptian government to achieve further incentives that would restore the terminals competitiveness in the region and attract higher volumes. 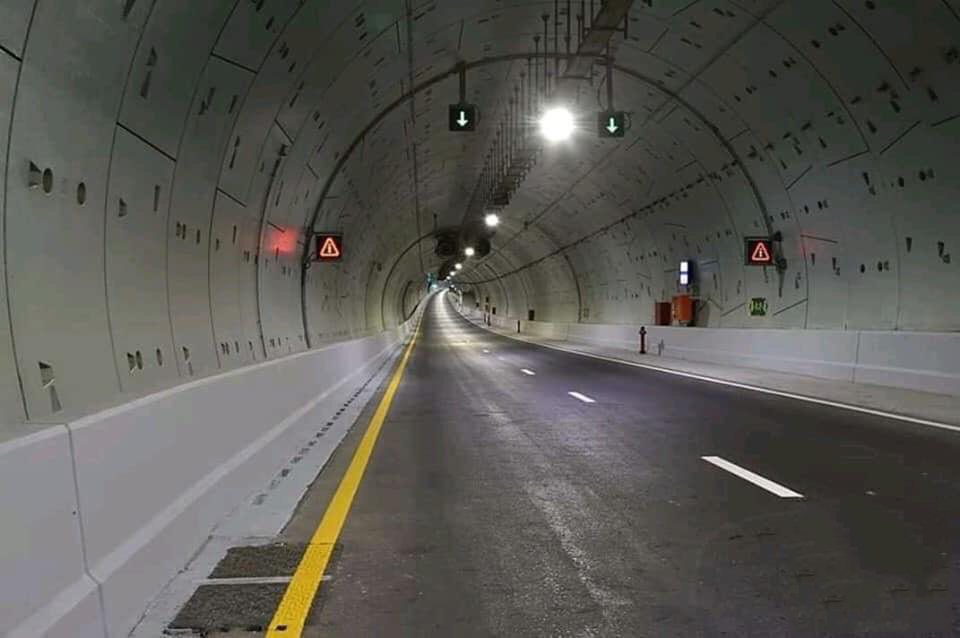 The investment was part of the broader government Vision 2030, which focuses on creating jobs and a balanced market economy that is competitive on the world stage.

“Vision 2030 is all about creating a logistics infrastructure for IT companies, car manufacturers, and other sectors producing goods in Egypt,” said Christensen. “Egypt’s competitive labor costs combined with Vision 2030 provides key opportunities for global companies.”

Lars Vang Christensen is also keen to emphasize the significant role that SCCT can play in creating jobs and economic growth. When operating at full capacity the terminal contributes around 3,000 direct and indirect jobs to the economy. 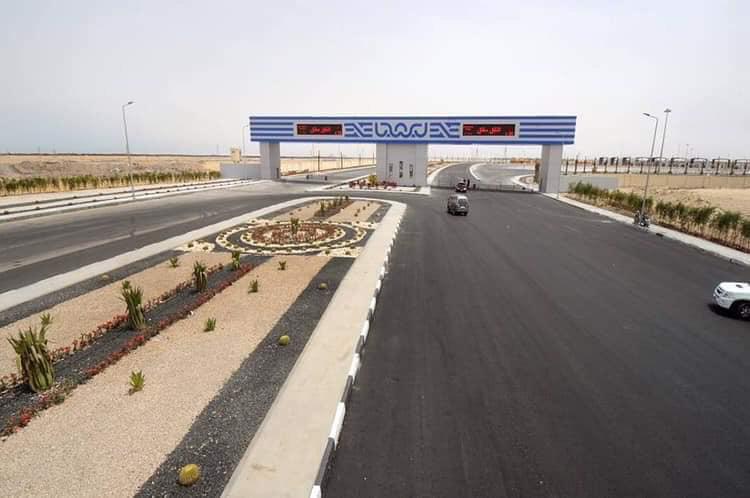 Currently, the terminal has an annual capacity of 5.4 million TEUs.

With the anticipated higher volumes, SCCT is planning to invest in taller cranes and equipment to service larger container ships. In the future the terminal also has the potential to expand the length of its quay by an additional 450m. 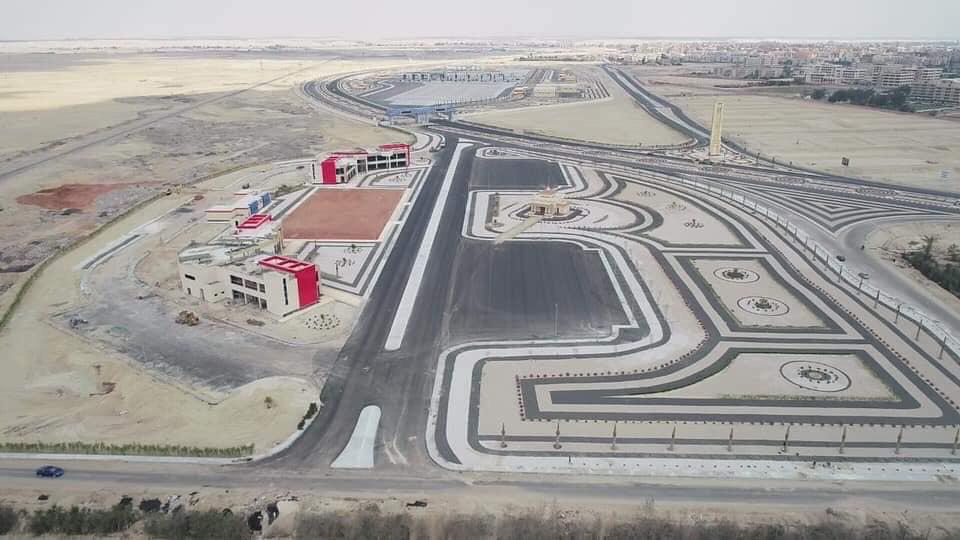 Christensen believes that the combination of the Port’s facilities, location, the opening of the new tunnels and highway infrastructure, and a potential further reduction in port tariffs could result in, “Egypt becoming the new Malaysia or Singapore”. He is hopeful that the country’s Vision 2030 initiative will also deliver the essential business framework that will also be essential to achieve this and be truly competitive in the region. 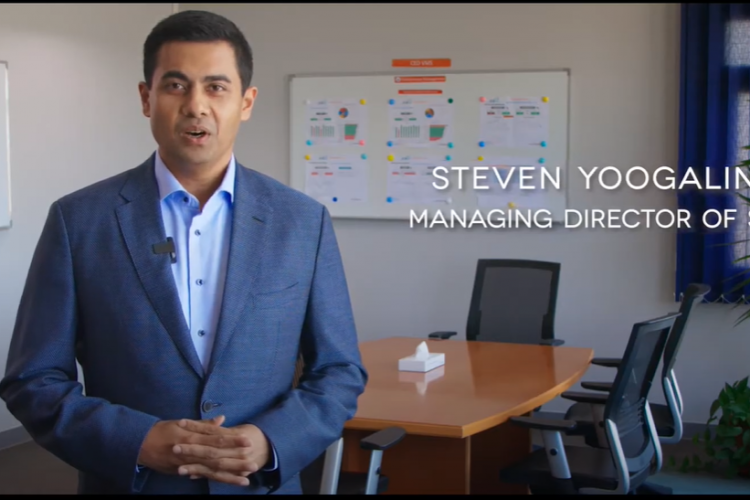 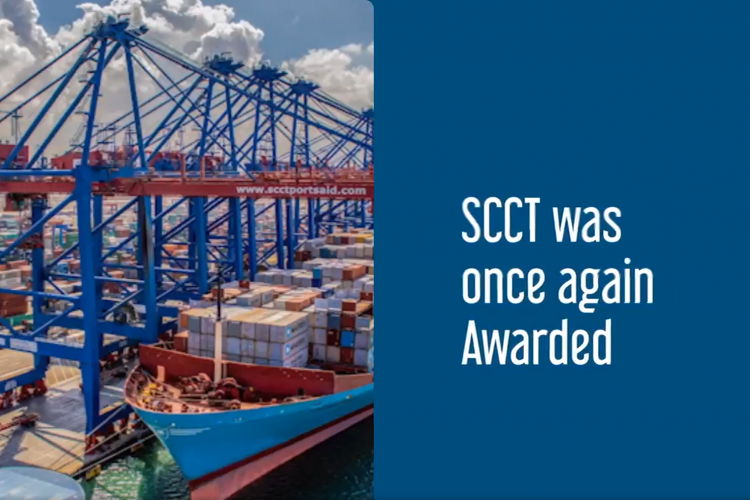 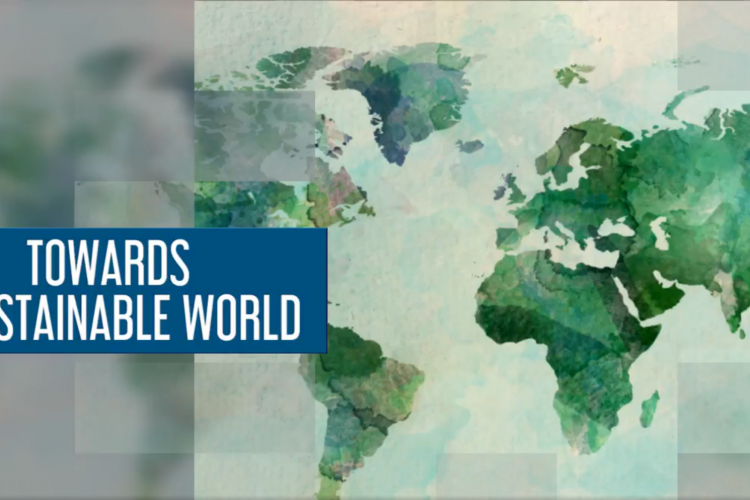 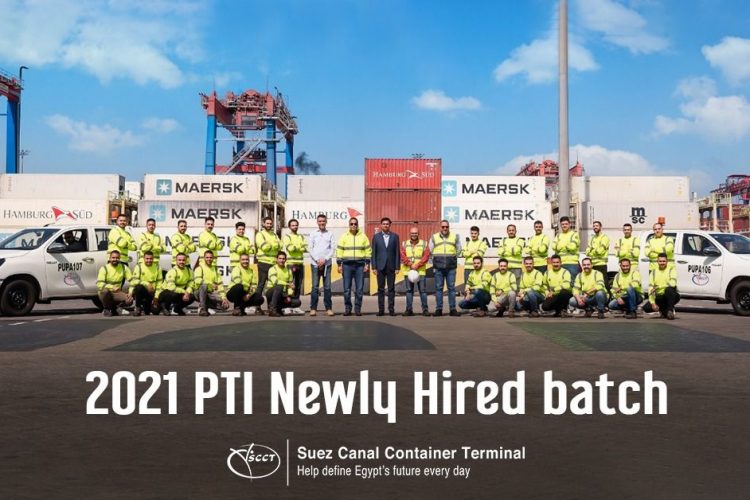 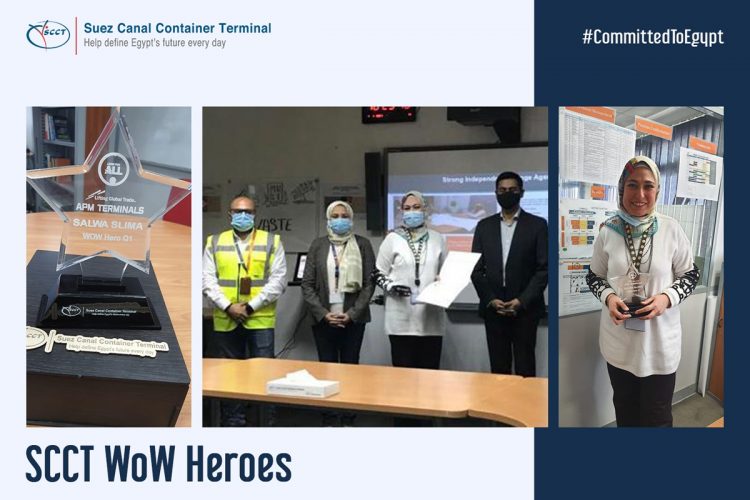 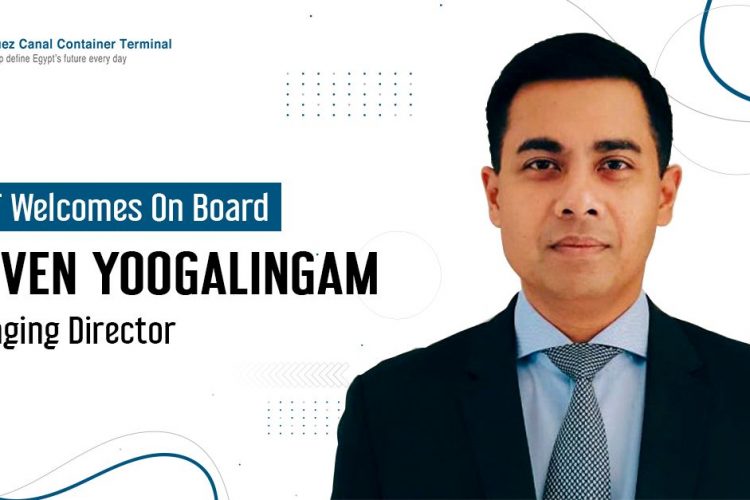 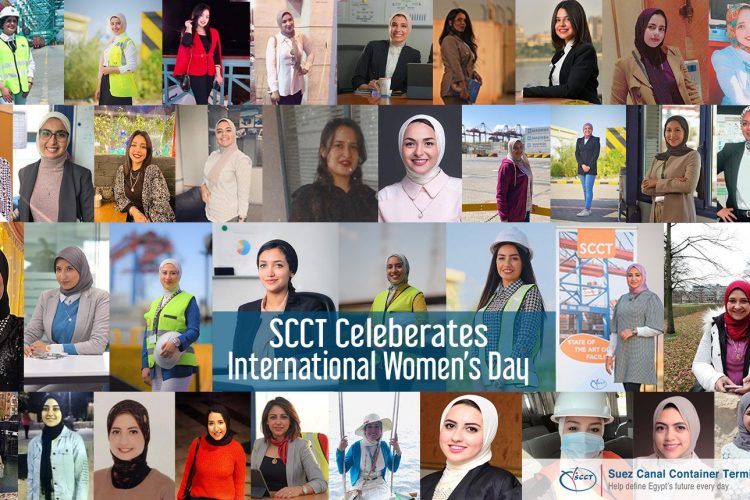 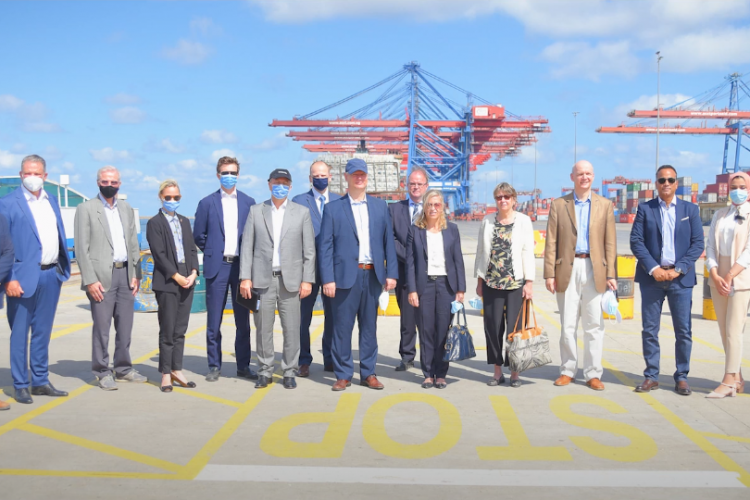 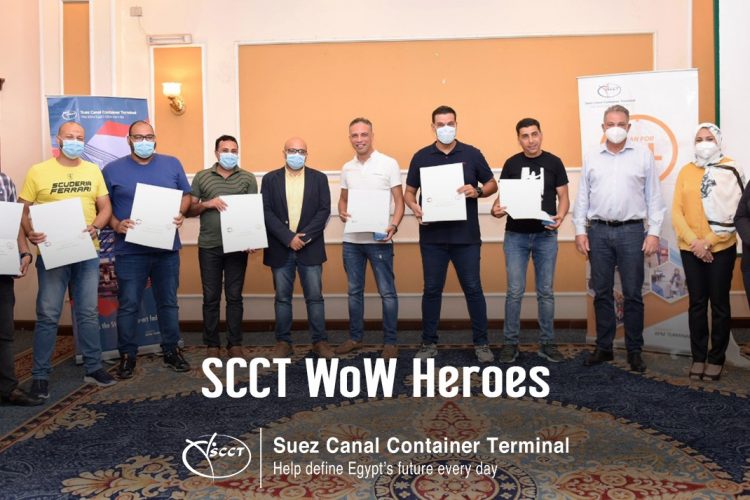 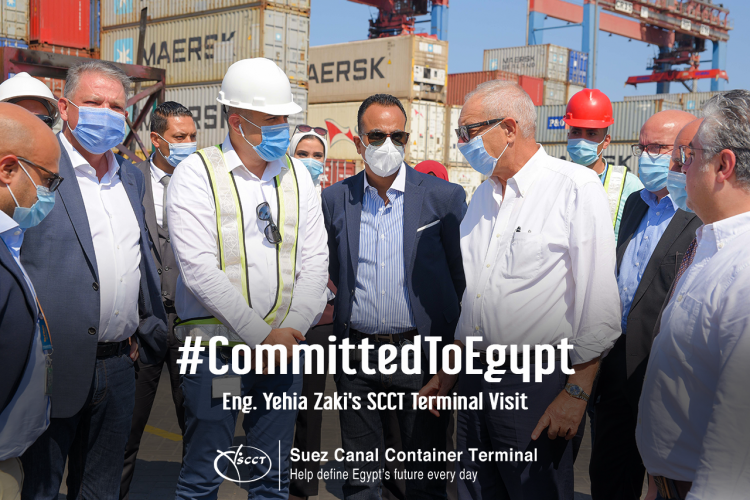 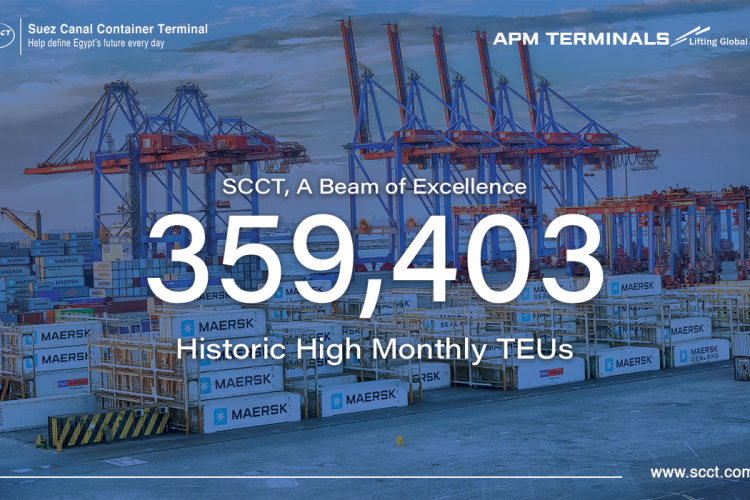 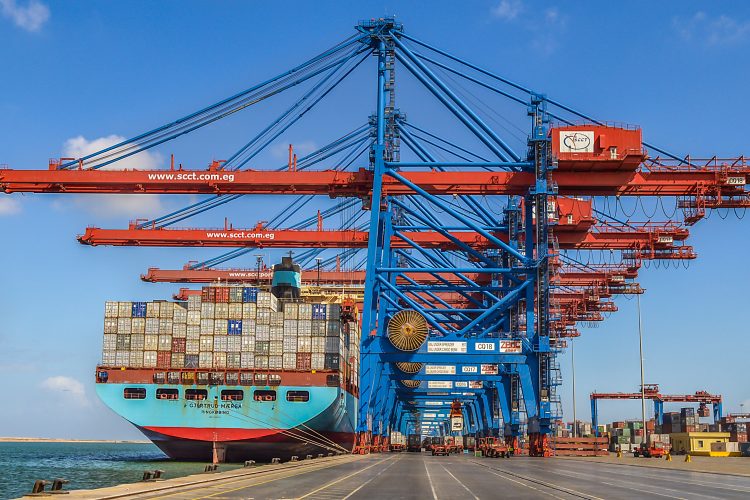 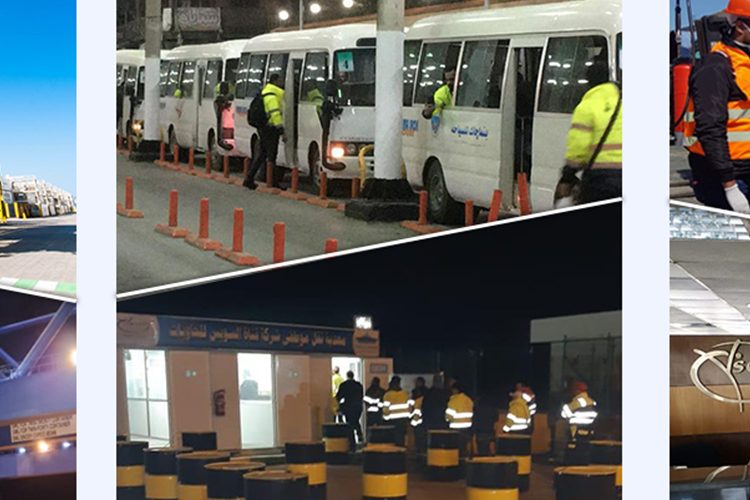 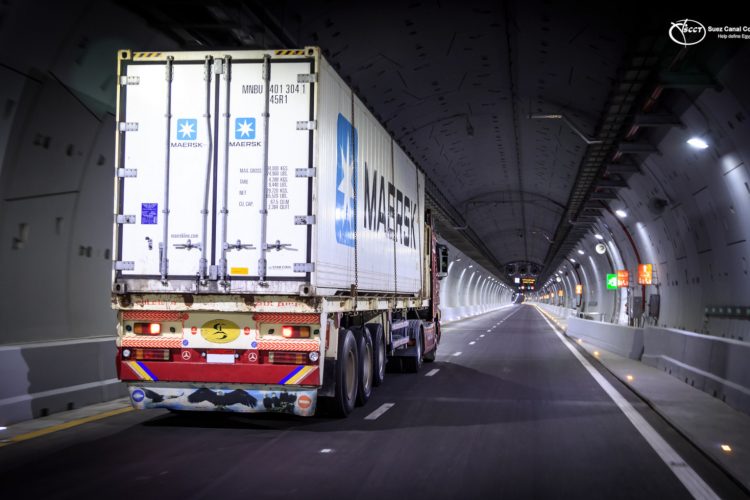 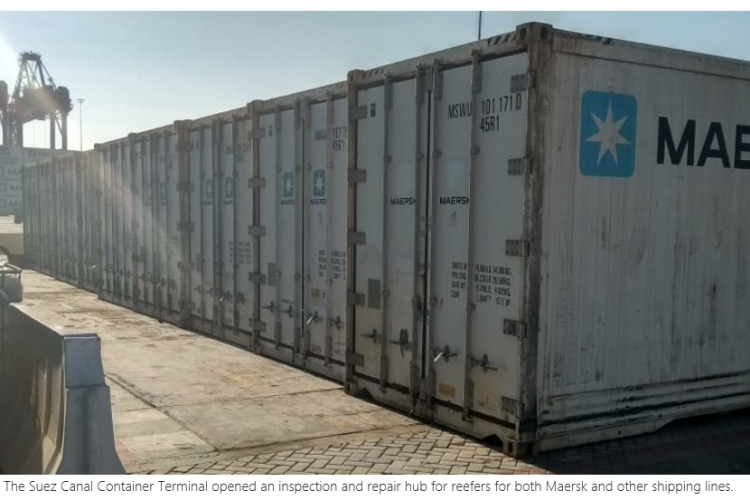 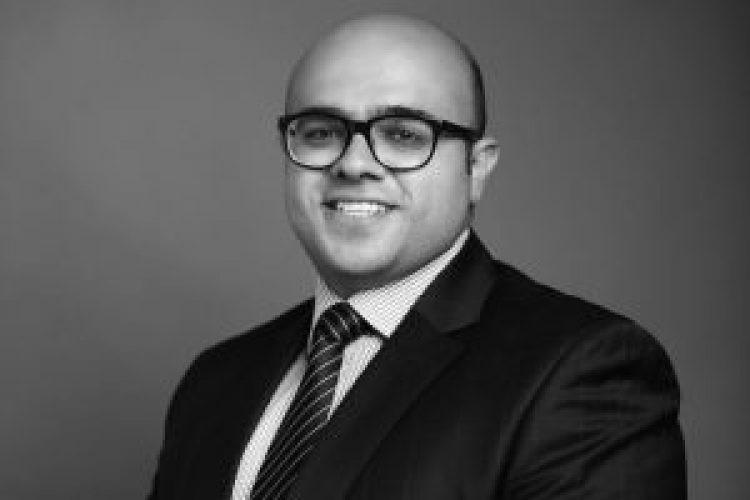 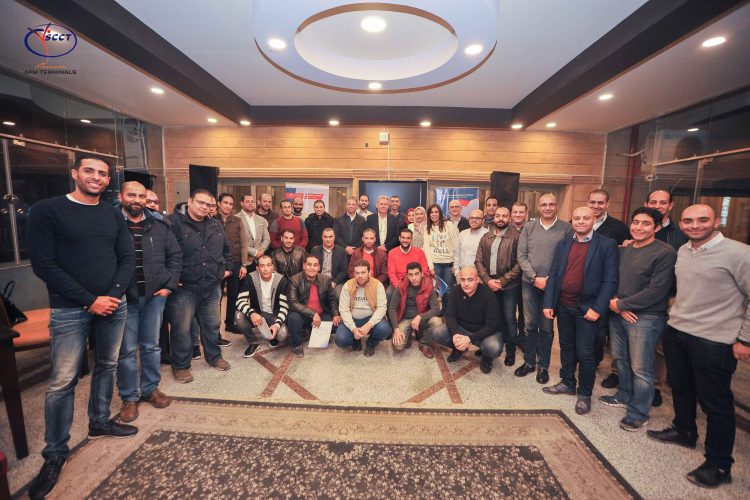 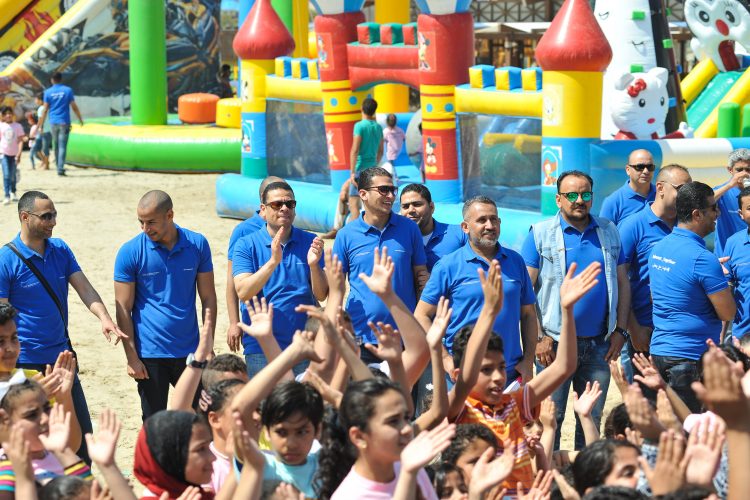 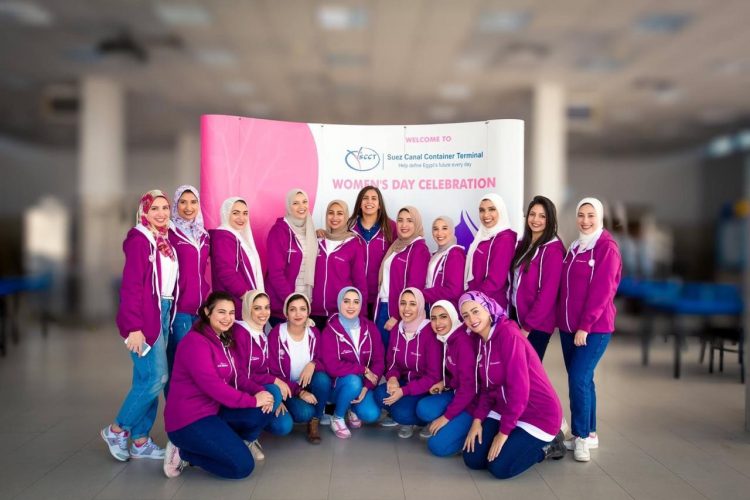 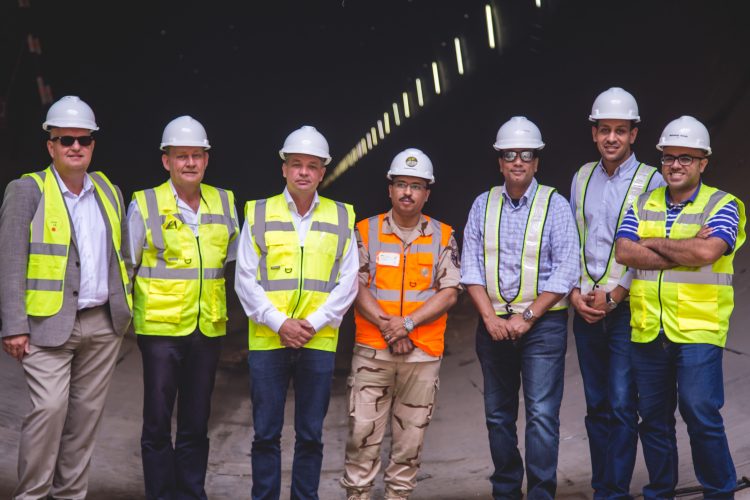 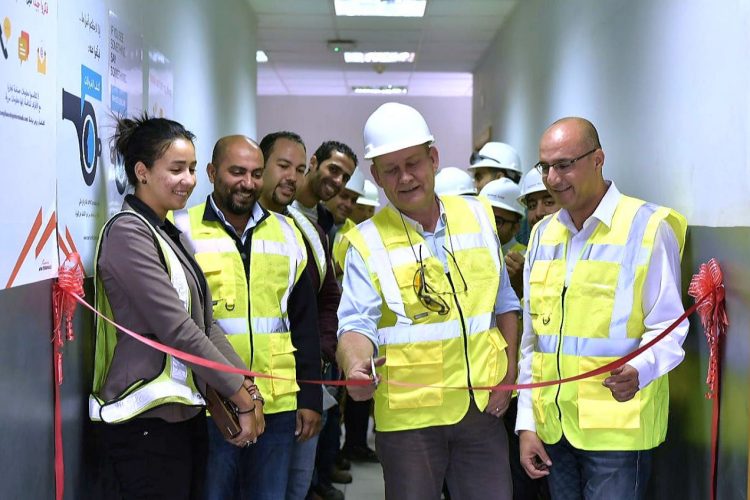 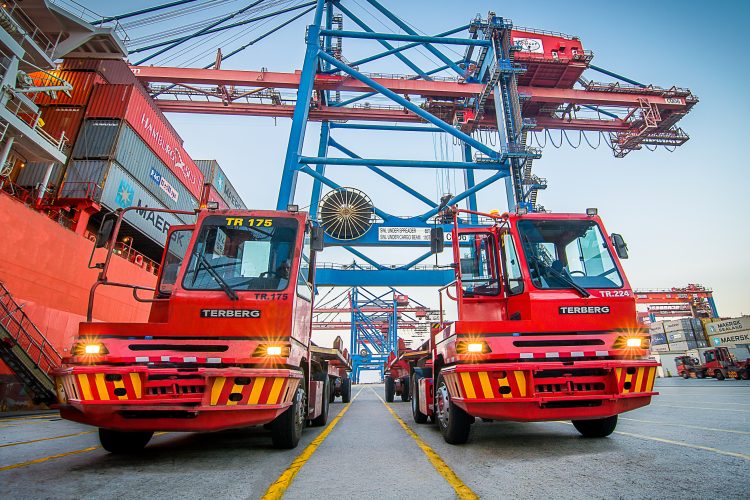 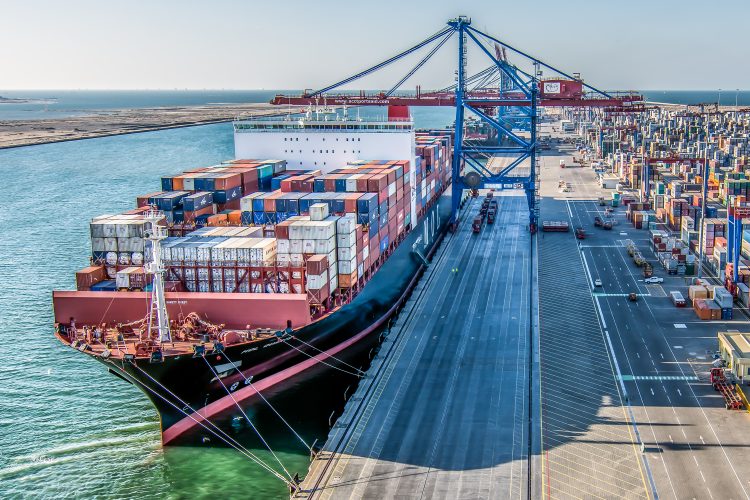 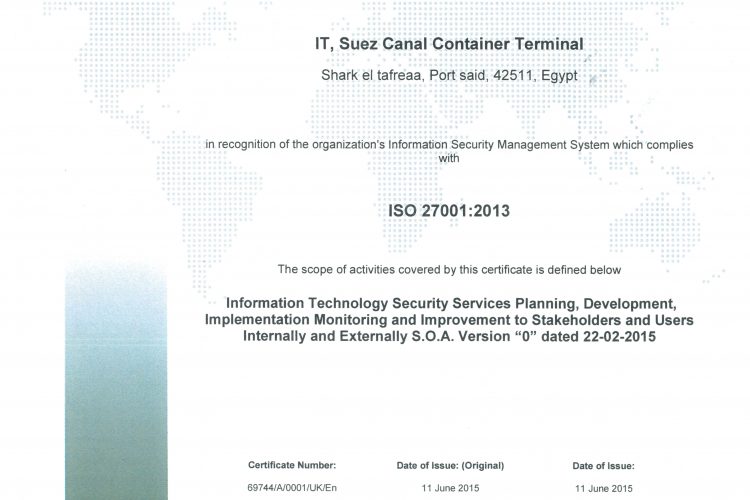 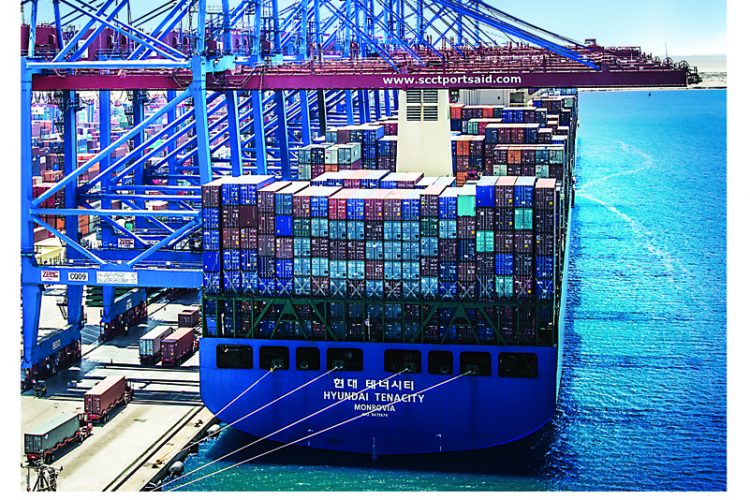